10 hectars of vineyards, olive groves and Mediterranean vegetation.
A luxury home, a winery.

A lot of nature in this area known as Alta Maremma,
sprinkled with passion and healthly joy. 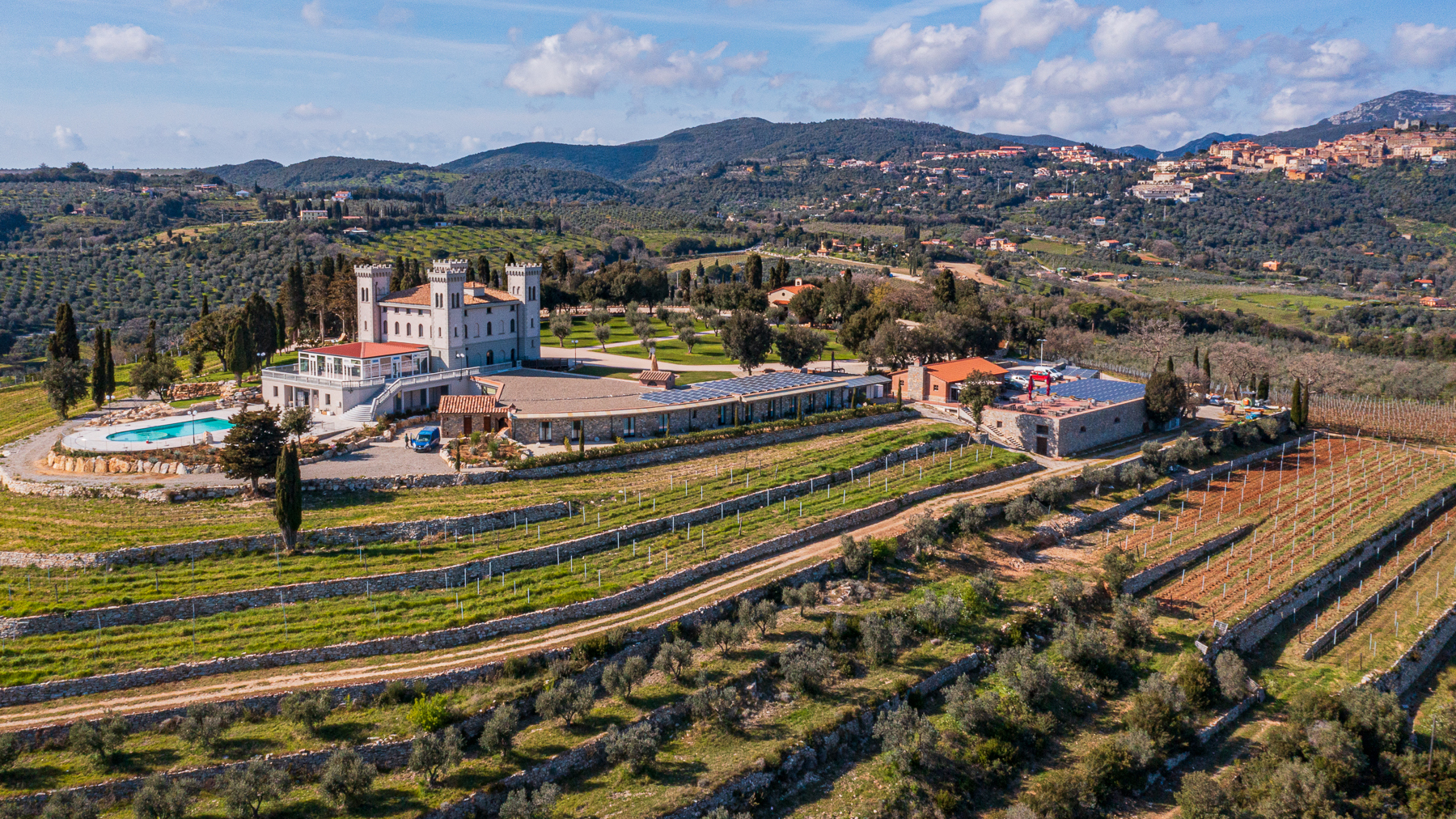 A praise to slowness, in total respect of our tradition. We follow time and seasons, tasting and checking the characteristic of our soil and its quality.

We want to pass on these values every day in everything we do, from the vineyards to the wine, in our cellar as in our terrace, where the view opens up and embrace the village of Campiglia Marittima and its countryside.

Quality and sustainability walk together, meeting in a glass of wine. A landscape of the taste, a proper stage for the uniqueness of the Coast of Tuscany. 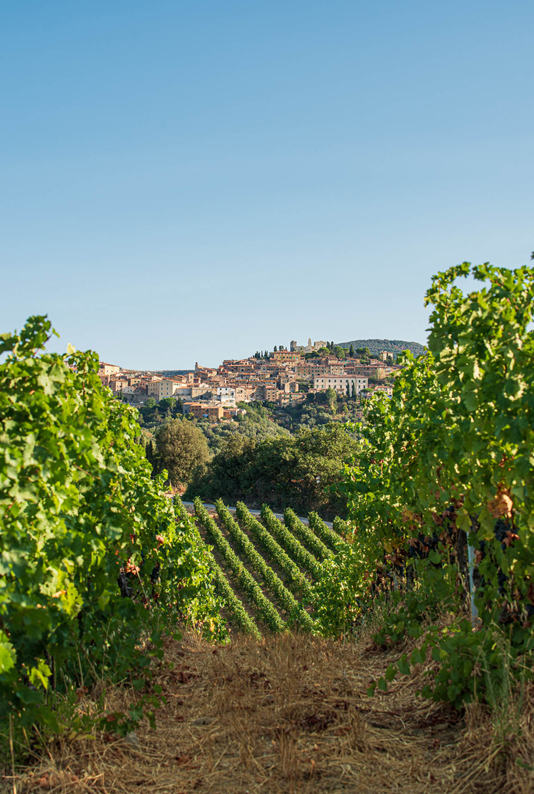 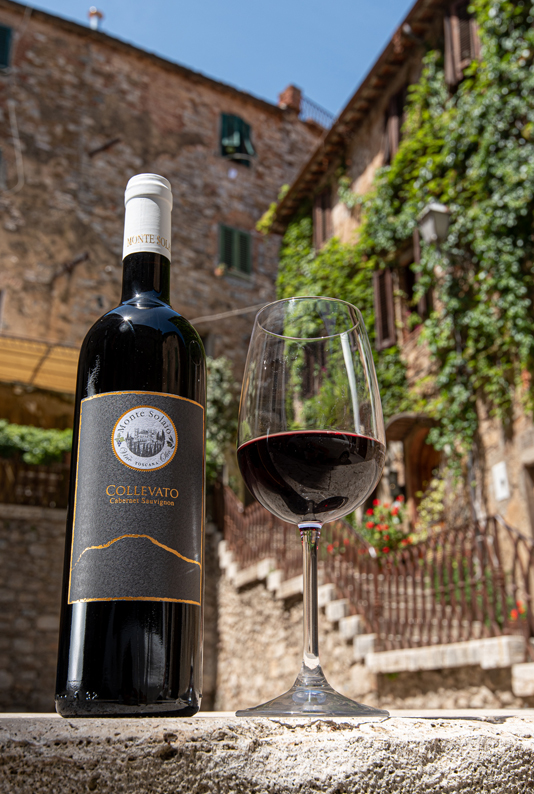 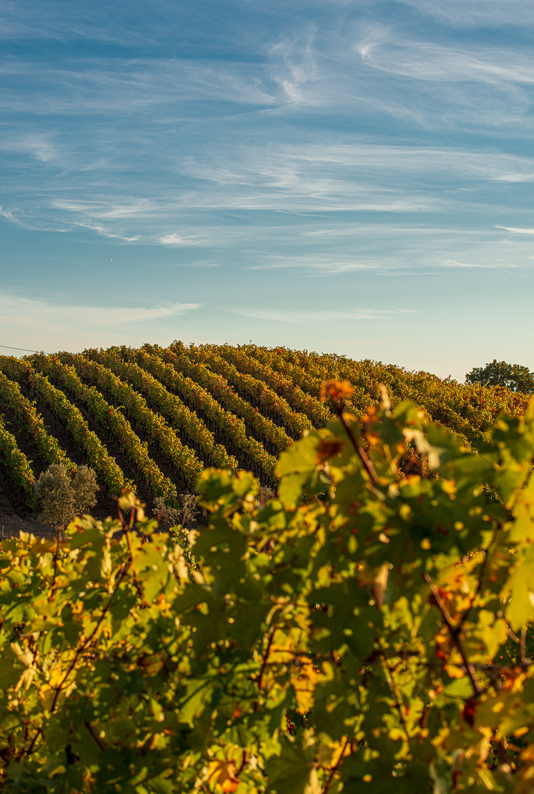 In 1318 the name was ‘Monte Solario’ then in the XVI century became ‘Monte Solaio’, a place that brings to mind the country around Campiglia Marittima, its forests and its crops.

The vineyards growing on the slopes towards the Val Di Cornia, overlooking the Mediterranean Sea are swayed by the winds. In more recent times, during XIX century, a hunting lodge has been built, quickly turned into a villa and then a castle, adding the four crenellated towers. During Second World War it was bombarded by Allied Air Force and two of the four towers needed to be rebuilt.

In the first year of this century Mr Claudio Guglielmucci bought the whole estate, giving new life to the wine and food project and luxury tourism. Everything is done in total respect of the tradition and the history of the country between Venturina Terme and the medieval village of Campiglia Marittima.

It’s the natural element that mostly affect the climate in Campiglia Marittima and in the whole Val di Cornia.

It’s the vegetation that covers the land on the hills just behind the coast.

The ‘Metallifere’ hills with their geologic and mineralogic treasures are still object of mining nowadays and give a strong minerality to this stretch of Etruscan Coast.

Our winters are mild

Our winters are mild, our summer are marked by the strength and the brightness of the sun. The little rain contributes to create an essential climate for the whole vital steps of the vine, until they are fully ripe.

The synergy of all these elements follow a common thread that highlight the minerality and the sapidity in every glass of wine.

Monte Solaio vineyards run along the slopes of the namesake hill, a total of 10 hectars that include Salvapiano vineyards, a one hectar plains land, not far from the coast of the Tuscan sea.

The wine making rely in total on the changes of seasons, the vines are handled manually by our expert and passionate winemakers. Each vine has its own space to breath and grow, in order to ensure an optimal microclimate and ventilation for a healthy ripening of the bunches. For us here at Monte Solaio the quality of the wine depends on the respect and care you give to the land and its products. And these are important values for us.

and discover the benefits that await you